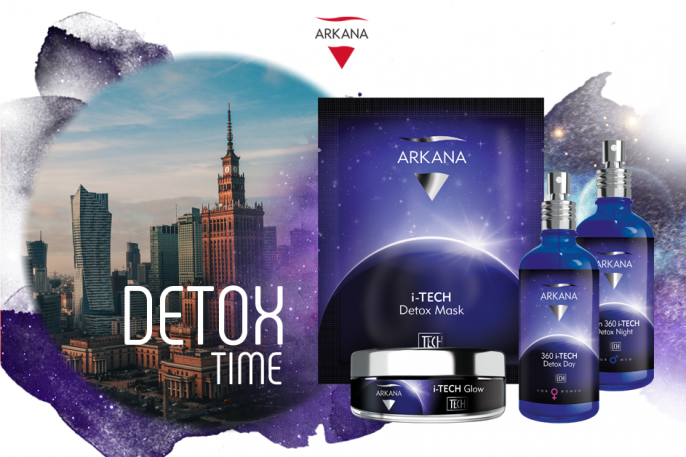 Specialists warn that the level of air pollution is several times higher than normal. Smog, heavy metals, water pollution, and inside also radiation from devices… our skin is more and more exposed to this type of attacks. How to strengthen its protective shield?

The protective barrier of the skin also needs help.

One of the basic functions of the skin is protecting the organism against external factors. It is a barrier between what surrounds us and what is inside our body. Its second important function is the excretion of toxins from the organism in the detoxification process; however, if it is weakened, it can also release harmful substances into it.

Numerous studies confirm that people living in big cities struggle with skin problems more often. All pollutions contained in the air weaken the protective barrier of the skin and its hydrolipid coat. This means that not only does it fail to protect the body from toxins, but it is itself exposed to them.

What seems beneficial to the person is actually harmful to the skin, especially in excess. The sun, which we miss so much on cloudy days, contributes to early skin aging (tips how to care for mature skin can be found at: link to “Mature skin – 10 principles of care”), discolouration and loss of firmness. Sudden changes in temperature and wind additionally dry out the skin and slow down the work of sebaceous glands.

So is it a better solution to escape to closed rooms? Inside, unfortunately, our skin is not safe either. HEV radiation emitted by the screens of tablets, computers, telephones and other electronic devices generates a lot of free radicals and penetrates layers of skin deeper than UVA or UVB radiation, damaging the DNA of cells. This effect is compounded by ubiquitous stress today.

The skin tries to defend itself against the influence of external factors but their large number and the intensity of action weaken it effectively. Smog, pollutions, HEV, UVA, UVB radiation and stress dry out the skin and destroy its protective barrier. This is manifested by roughness and urticaria, which is the cause of a large amount of allergens in the air. The skin which is oversensitive to adverse weather conditions itches and prickles. Dark spots may also appear on the skin. Most often they appear on the forearms and back parts of hands, which is associated with increased exposure to nitrogen dioxide.

Modern man lives among pollution, heavy metals, harmful radiation, and the saying “to breathe the fresh air” has lost its meaning. Arkana offers an innovative line of cosmetics of the future – i-TECH Detox Therapy, whose formula has been developed taking into account primarily protection against the influence of external factors and against the intensifying oxidative stress. This is the first line of cosmetics that regulates the daily skin rhythm. It protects the skin 24 hours a day, when you wake up, go to work, spend time in the office, in the park and in the shopping center, and when you sleep.

The composition of Arkana cosmetics is based on the patented Citystem ™, which blocks the penetration of blue radiation and adherence of pollution, protects against free radicals, strengthens the protective barrier and cleanses the skin. These are products intended for men and women:

Your skin needs detox not only occasionally, but every day because it has no rest from the fight against pollution, smog, stress and harmful radiation. You live in an environment that is not good for it, so you must be good to it.