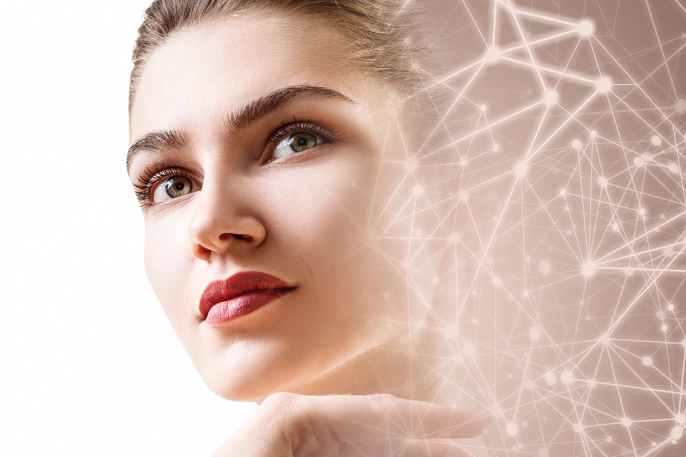 Hypersensitive skin responds negatively to both external and internal stimuli. Skin reactions are the most visible on the face, which is affected by greater exposure, and thus the direct impact of adverse external factors that violate its protective barrier. Another equally essential factor of skin sensitisation is an internal vascular mechanism. Quickly reddening skin is defined as a sensitive skin. Enlargement of blood vessels can be caused by mental tension or a sudden temperature change. Hypersensitivity results in improper response of skin nervous system and neurosensory disorders characterized by subjective sensations of pinching, burning or itching. Sensitive skin can also be recognized in those suffering from allergic dermatoses, atopic dermatitis, contact dermatitis, rosacea and seborrheic dermatitis.

What are the characteristics of hypersensitive skin?

The skin of the face demonstrates greater vascularization and innervation than skin in other body parts. It has a larger number of mast cells releasing histamine, thinner and easily penetrated stratum corneum and is affected by chronic exposure to external factors. Neurovascular hypersensitivity is connected with disorders in the structure and functioning of blood vessels and growth of angiogenic factors (VEGF). That, in turn, leads to the increased number of blood vessels and their permeability. Disorders of protective barrier (in the composition of hydro lipid coat), NMF level and ceramides increases the permeability of stratum corneum, which facilitates penetration of harmful environmental factors, i.e. dust, toxins, allergens, irritant substances, micro-organisms and different cosmetic ingredients deep into the skin. This process leads to the stimulation of sensory endings by the so-called inflammation mediators and visible symptoms of hypersensitivity, such as redness and erythema, appear on the skin. This is accompanied by subjective neurosensory symptoms associated with the effects of inflammatory factors on sensory receptors. There is also a feeling of tightness, stinging, burning or even pain.

A link between the skin and brain is very strong. This is why the skin is said to be our external brain. It is a bridge between our brain and external world. It is a real biological universe, which combines the main support systems: blood, muscles and innervation. Not only does the brain control immune, hormonal and psycho-emotional processes, but it also maintains body homoeostasis. What is more, it has its own communication system with the skin.

Thanks to the endings of sensory nerve fibres, the nervous system is oriented towards the skin condition and responds to various chemical, thermal and physiological stimuli.

The contact between nerve fibres, skin cells and cells of the immune system occurs through neurotransmitters. These are substances that act as chemical carriers of information and are produced by nerve cells, but not only. It was claimed that neurotransmitters were the domain of the central nervous system. Recent studies have shown that skin cells, such as keratinocytes, melanocytes and fibroblasts, produce and secrete neurotransmitters. As many as 200 neurotransmitters have been discovered so far, 25 of which have been found in the skin. These are neuropeptides. Some of them play a key role in neurogenic inflammation. Under the influence of irritants, neurotransmitters are activated and then histamine is released from mast cells located in the skin. That affects the enlargement and permeability of vessels, which in turn is manifested by sudden redness and aedema. Moreover, neurotransmitters cause the release of the so-called inflammatory substances (IL-8, PGE2 and TNF- &) from keratinocytes and vascular wall cells. Such a  reaction can be seen in response to external factors such as UV radiation, chemical factors, environmental pollution or internal factors such as stress and negative emotions. In the case of hypersensitive skin, however, there is an excessive response of the nervous system already at low exposure to the above-mentioned stimuli and this type of skin is in constant inflammation.

Neuro Sensi Therapy was designed for vascular and extremely sensitive skin. It blocks all mechanisms that stimulate sensitivity symptoms at the source of their formation, i.e. the causes of neurogenic inflammation. It is based on the neurosensory concept of active control of inflammatory factors, vascular problems and sensory neuroreceptors. This is possible thanks to the combination of clinically proven substances with high bioavailability.

The line has been enhanced with the addition of calamine. In dermatology, it has been used in the treatment of itching and skin irritation for years. As it is added to ARKANA neurocosmetics, it enhances the protective effect against UV, gives a beautiful healthy color with the effect of “baby face”, brightens and smooths the skin. As a result, the skin looks radiant and make-up keeps longer. Licorice, which was used for its richness of saponins and flavonoids, among others glycirizine and glabridine, has anti-inflammatory and antioxidant properties, which contribute to the reduction of redness and aedema. Furthermore, it prevents the appearance of post-inflammatory discoloration and brightens discoloration.

Hypersensitive skin is more sensitive to intense physical peels and responds badly to massage. Treatments performed at a beauty salon should rely on a neurosensory regulation.

A simple treatment model, well-selected preparations and regular application of neurocosmetics at home will bring expected results in a short time.

We recommend that the treatment is combined with Cannabis Therapy and Lactobionic Therapy. Cannabis Clean Foam thoroughly cleanses the skin before the therapy. In the basic version of the therapy as well as when the skin is very irritated, it is better to give up a peel and use Enzymatic Peel. If we want to stimulate the skin, increase its resistance, rebuild the vessels and rejuvenate, we recommend that Lactobionic Sensi Peel is combined with lactobionic acid. Preparations will be a great support after esthetic treatments with injections to eliminate side effects: redness, aedema and post-treatment bruises and as S.O.S. at the beauty salon in the case of irritation and allergies. We offer two neurocosmetics: Neuro Sensi Cream for day and Neuro Sensi Mask for night during home care. The additional advantage of preparations is a gentle fragrance without allergens and their velvet powder texture.