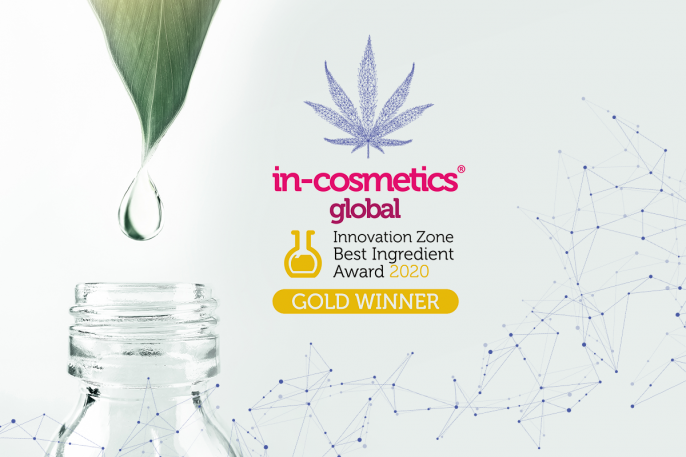 Active substances are the heroes of cosmetic products, they are responsible for the effectiveness of the cosmetic. ARKANA has been focusing on innovative solutions for years and uses raw materials in its cosmetics, the effectiveness and operation of which has been confirmed by numerous tests.

In September 2017, ARKANA, as the first professional brand in Poland, launched a line based on hemp oil – Cannabis Therapy. The therapy was dedicated to dysfunctional skins with a damaged hydro-lipid barrier, struggling with dermatoses such as AD or psoriasis. It was also perfect as a nursing support during oncological treatment. Hemp oil, known for centuries, is a valuable source of EFAs, an emollient that perfectly rebuilds the damaged hydro-lipid coat by properly merging the intercellular cement, thanks to which the skin regains its protective barrier against external factors such as wind, frost or even sun. A properly functioning hydro-lipid coat will not only prevent excessive drying of the skin, but also regulate the proper work of sebaceous glands that are responsible for the production of sebum. Hemp seed oil belongs to the group of dry oils, it is absorbed very quickly without leaving an oily film on the skin, thanks to which oily and combination skin can use it. It is not comedogenic, which means that it will not promote the formation of blackheads by clogging the sebaceous glands.

Kannabia Sense PLF
Going a step further, looking for new solutions and following the idea of ​​neurocosmetics, ARKANA experts reached for the raw material Kannabia SensePLF, which they incorporated into the new Neuro Cannabis Therapy line. This innovative active substance is obtained from stem cells and hemp cell oil. The hitherto unknown active substance from cannabis without cannabinoids is a revolutionary solution in reducing the negative effects of stress on the skin, but also in improving the mood. It was created for today’s times, where stress accompanies us every day, affecting the functioning of the skin: the hydro-lipid barrier, its defensive functions and contributing to the formation of dermatological diseases. The innovative concept of the active substance – Kannabia SensePLF assumes that our skin and microbiome form the so-called holobiont, which is a sensory extension of the brain. The stressed microbiome produces unfavorable bad postbiotics, which can lead to the production of negative stress hormones and increased stress in the skin. By using the microbiome-skin-brain junction, the skin microbiome can be controlled to increase the production of happiness neurotransmitters. Kannabia SensePLF has a positive effect on the skin microflora, contributing to the production of the so-called a postbiotic cocktail that affects the secretion of cutaneous oxytocin. This in turn, through neurons, reaches the nerve endings in the brain, causing well-being and microbial balance.

Effectiveness confirmed by research
In vitro studies have confirmed that Kannabia SensePLF has anti-inflammatory and anti-aging properties. The antioxidant effect has also been shown to exceed that of vitamin C. Kannabia SensePLF also restores the balance of the skin microbiome by increasing the amount of good bacteria by as much as 25% and reducing the amount of negative bacteria by 20%.

Magnetic resonance imaging confirmed that the cream with the addition of Kannabia SensePLF improves mood. It has been observed stimulation of the parts of the brain that are responsible for improving the mood. Until now, these areas were influenced by eating chocolate or massage.

Best Ingredient Awards 2020
The innovative substance Kannabia SensePLF and its innovative approach have been appreciated on the international arena. The ingredient was awarded the “Best Ingredient Awards” title in the innovation category at the In-Cosmetics Global 2020 fair, which shows that ARKANA focuses on the best raw materials and is once again ahead of global trends. ARKANA products are the only cosmetic products in Poland that contain Kannabia SensePLF. ARKANA once again proves its innovative approach.